Get to know American country music singer-songwriter Thomas Rhett in the lead up to the Tracks96.1 Top 100 Country Countdown

Thomas Rhett, a 30 year old country star from Georgia, first began his music roots in junior high school. Here he learnt to play the drums often playing on stage with his dad, another famous country music singer-songwriter, Rhett Akins. In high school Rhett joined a band called 'The High Heeled Flip Flops' and continued to hone in on his musical talents.

He, later on, pursued a communications degree in Nashville, Tennessee but dropped out of college at the age of 20 to pursue country music. Signing with Big Machine Label Group allowed him to create his own music.

Here are some of our favourite songs from Thomas Rhett at the moment: 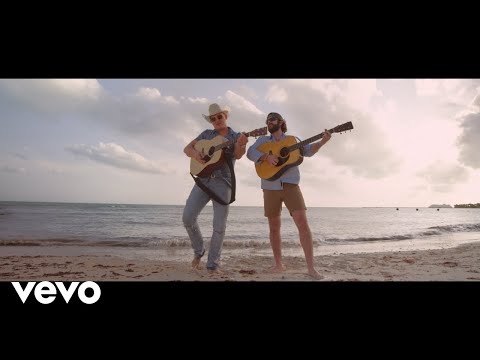 "Beer Can't Fit ft. Jon Pardi" is one of Thomas Rhett's more recent songs, released January 6th, 2020 and reaching number 6 on the hot country songs chart. The song tells pretty much what the title alludes too. Using lyrics such as "You can be lonely, heartbroken, or hungover from the night before, turn that frown into a smile real quick, ain't nothing a beer can't fix" to tell the story of how cracking open a beer is a great solution to pretty much every problem. From what we can gather from this song is, Rhett isn't afraid to drink away his worries.

"Die A Happy Man" created in junction with Sean Souglas and Joe Spargur is Rhetts highest-charting single peaking at number 21 on the US Billboard Hot 100. The song was written as a love song for his wife Lauren, you can tell just how genuine and personal the song is as it tells a story about Rhett and his wife's relationship. Its most likely the authenticity of this tune that has made it Rhetts most listened to song.

"Marry Me" is the third single from Rhett's third studio album. This song tells an interesting story of a man attending the wedding of a girl he's always loved, as a guest. He looks back on what might have been if he'd told her he had felt feelings earlier in their friendship. This can be described as Rhetts 'what if' song as he describes what his life could have been like if he and his wife ended up marrying other people. It's an intimate, interesting song that tells a story with a twist.

The wait is finally over...

Kacey Musgraves' Must Have Merch

We’ve officially decided that Kacey Musgraves have the best merch out there.